THE Architectural styles OF OUR HOMES IN south east england

A short introduction to us first; we are a luxury Interior Design House, located in East Molesey, Surrey. We provide all aspects of the interior design discipline, but we are first and foremost Architectural Interior Designers. This is because we are committed to creating the highest calibre of luxury Interiors and sometimes that means we have to alter the fabric of the house first to achieve the best sense of flow and balance. For over 15 years we have been helping our clients maximise the value of their homes, undertaking character property developments and new property developments. We provide these services in and around London and Surrey, having completed projects to date in Richomdod-upon-Thames, Twickenham, Hampton, East Molesey, Esher, Putney, New Malden, Teddington, Wimbledon and Hampstead, to name a few. Recently, we have taken on a project in Cambridge, so we have started to travel further afield and are happy to do so for the right projects. The house below is a new build project that we completed in Esher. On this project we undertook the architectural and the interior design of the house. We were shortlisted for this project by the International Design and Architecture Awards for the £ 2.5 – 5 million category. The awards ceremony is scheduled for March of 2021.

There is something very beautiful about a building that really ‘understands’ the vernacular that it employs to express itself. When all the elements of a building are correctly paired and balanced then something magical happens – a timeless classic is created, and that’s what we are interested in achieving when we set out to create a home from scratch. To do this effectively, it’s necessary to understand the different Architectural genres, decide where in that continuum you want to be and then create something that has relevance for this age and context whilst drawing on a previously established language. That’s an interesting balancing act and one that’s critical to get right if it’s to work. In this article, I will set out the main architectural styles, and explain their origin and identify their key features. This really is a potted history, designed to give a top line of architectural styles and their chronology. It would be necessary to go deeper if you were looking to draw on any particular genre.

Before we do that though, a nod to some of the great architects that have gone before and have sought the production of a perfectly proportioned order. They have, rightly (in my view) seen this to be their greatest challenge. I am thinking of examples such as ‘The Queens House’, Greenwich (1616 – 1635)  by Inigo Jones, ‘The Old Royal Naval College’, Greenwich (1694-1742)  by Sir Christopher Wren and ‘Heathcote’, Ilkley (1905–7) by Edwin Lutyens. These are fine examples of architects that have sought to find the perfect order of things, and they did! Of course the list is not complete without the likes of William Morris and many more, but that is perhaps another article in the making.

London and the South East is a melting pot of the architectural styles referenced below. Sometimes they are mixed and at other’s there is a definite prevalence for a particular style. Most often we find whole streets given over to a particular architectural style. I can think of streets in Richmond, Putney, Twickenham, Wimbledon, Molesey, Hampton that are most definitely Victorian in character, and others that are very definitely Edwardian or Georgian, and it goes on.

The Tudor vernacular has been very popular with developers, especially in the 1950’s and onwards, so we are more likely to see this style offered up as mock-Tudor. From the Stuart through to the Edwardian period, we see an embracing of the classical elements as set out by the Greeks, the Romans and then the Italians. Frequently these periods are blurred, as the usage of elements crossed periods, but there is a general feel for the language of each which typified each genre.

A perfect example of this is The White Tower, Tower of London.

The famous Tower Bridge (seen to the left), came much later in 1886. Designed in the Neo-Gothic style, it borrowed the key features of Gothic architecture and repurposed them in the 19th C. It was designed by a team of architects and engineers led by Sir Horace Jones. Jones was the City of London’s architect who also designed Billingsgate, Smithfield and Leadenhall Markets in a similar style, as well as other iconic buildings across the City.

Tower Bridge’s Neo-Gothic design was chosen to have a comparable aesthetic to the Tower of London and in order not to look out of place.

Iconic landmarks from this era abound, and the styles are quite diverse: Hampton Court Palace, Audley End and Audley End to name a few. Here we see the famous Liberty of London, the famously, quintessential British purveyor of luxury goods.

Tudor: Strictly, the architecture of the English Tudor dynasty (1485-1603) but used more often for late Gothic secular buildings especially of the first half of the 16th century. These use a simplified version of Perpendicular, characterised by straight-headed mullioned windows with arched lights, and by rooflines with steep gables and tall chimneys, often asymmetrically placed.

Elizabethan: The English architecture of the later 16th century, marked by a decorative use of Renaissance ornament and a preference for symmetrical facade.

Stuart architecture is not always distinguishable from the preceding Elizabethan vernacular, with which it shares a fondness for lavishly applied ornament, symmetrical gables and facades.

English Baroque developed the classical architecture of the Renaissance towards greater extravagance and drama.

The architecture of the British Isles in the reigns of George I, II, III and IV in which the classical style and classical proportions became the mainstay norm for both major and minor buildings. In the mainstream of Georgian style were both Palladian architecture and its whimsical alternatives, Gothic and Chinoiserie. From the mid 1760s a range of Neoclassical designs were fashionable and during the later Georgian period Regency style appeared.

Palladio placed great import on the importance of proportions in nature, in particular the human body. He believed that every element of a building should follow the same set of proportions for it to be perfectly balanced and well informed.

A few other good examples of this era would be The Queens House, the Banqueting House at Whitehall and the Queens Chapel at St James’s Palace.

The image to the left shows the Temperate House, Kew Gardens 1863 (affectionately known as the Glass House) and designed by architect Decimus Burton is of Victorian construction. Other good examples are The Royal Albert Hall, the Victoria and Albert museum, and the Houses of Parliament, but there are plenty more smaller examples too.

Most Victorian buildings were classical, although the style was used with greater flexibility and variety than ever before. In the middle of the century, however, classical styles were being challenged by the Gothic Revival. It was regarded as the national style, which is why it was chosen for the design of the new Houses of Parliament after the old Palace of Westminster was destroyed in the fire of 1834. It symbolised the traditional identity of Christianity, and thus became the preferred style for Anglican churches. It was also a style that encouraged architects to collaborate with artists and other designers to create sculpture, wall-paintings and stained glass. A range of other revival styles appeared through the Victorian period: Jacobethan, Renaissance Revival, Romanesque Revival, Queen Anne Revival, Arts and Craft. Alongside inspiration was drawn from across the British Empire in the form of Indian and Islamic architecture.

Straddling into the Modern period, but with its roots in the 19th Century the Arts and Crafts movement deserves a mention here, as it was England’s most important contribution to the world of architecture. Indebted to William Morris and John Ruskin’s belief in craftsmanship, but with traditionalist elements simplified essentially. An enthusiasm for ‘Old English’ was expressed through a revival in the use of timber framed and mock-Tudor styles.

A rich period for architectural and artistic expression.

The 20th century saw towns and suburbs grow rapidly, aided by new building types and techniques.
Brilliantly British: The Arts and Crafts Movement continued into this period and flourished. Through the embracing of old English, and a desire to see craftsmanship victor over industrialisation the importance of craftsmanship was highly prised.

The great Architectural game: Classicism still retained influence and while many countries sought a progressive national style, some British architects turned to that of Christopher Wren. Edwin Lutyens wrote of classicism as ‘the Great Game’, seeing the production of a correctly proportioned order in houses such as Heathcote, Ilkley (1905–7), as the architect’s greatest challenge.
Bold Art Deco: Art Deco was a decorative idiom using rich materials and brilliant colours developed in the applied arts and interiors from the Austrian Jugendstil and French Art Nouveau movements. It celebrated the discovery of new materials, such as steel and reinforced concrete and successfully translated historicist styles into modern interpretations as a result of these break throughs.

The Michelin building, seen to the right, is a brilliant example of the Art Deco style.

Modernism, taken to its furthest reach is best embodied by the ‘form follows function’ dictate, which was enabled with the possibilities presented with the new construction materials developed in the 20th C.

The modernist aesthetic deserves a chapter of its own. Still evolving, it’s probably fair to say that is has been more broadly adopted in our city centres, and in our residential interiors, but as a preferred vernacular for residential homes is less common, but emergent.

We are immensely grateful to Clare Haxby for sharing so many of her famous London Landmark prints with us to help bring this article to life.

Clare is a member of our Artists Appreciation Initiative. As a trained print maker, Clare has pushed the boundaries of her art form, to create her own iconic, mixed media signature style, that invites all the right sort of attention. Energetic and vibrant, it’s hard not to stop and stare. As a result, I find I am left with an inward smile.

We are committed to delivering exceptional Architectural Interior Design, with a dedicated focus on New Build and Period Properties.

If you are thinking of building a house from scratch or have a character property that you wish to work with to further enhance its features, then please get in touch to discuss how we could help you.

If you are looking to create a home of outstanding beauty both internally and externally, then we would simply love to be considered for your project. In 2020 we won ‘Best Luxury Interior Designer for the South East of England’ from Build Real Estate and Property Awards, so we must be doing something right.

9 INGREDIENTS for the creation of Luxury Interior design 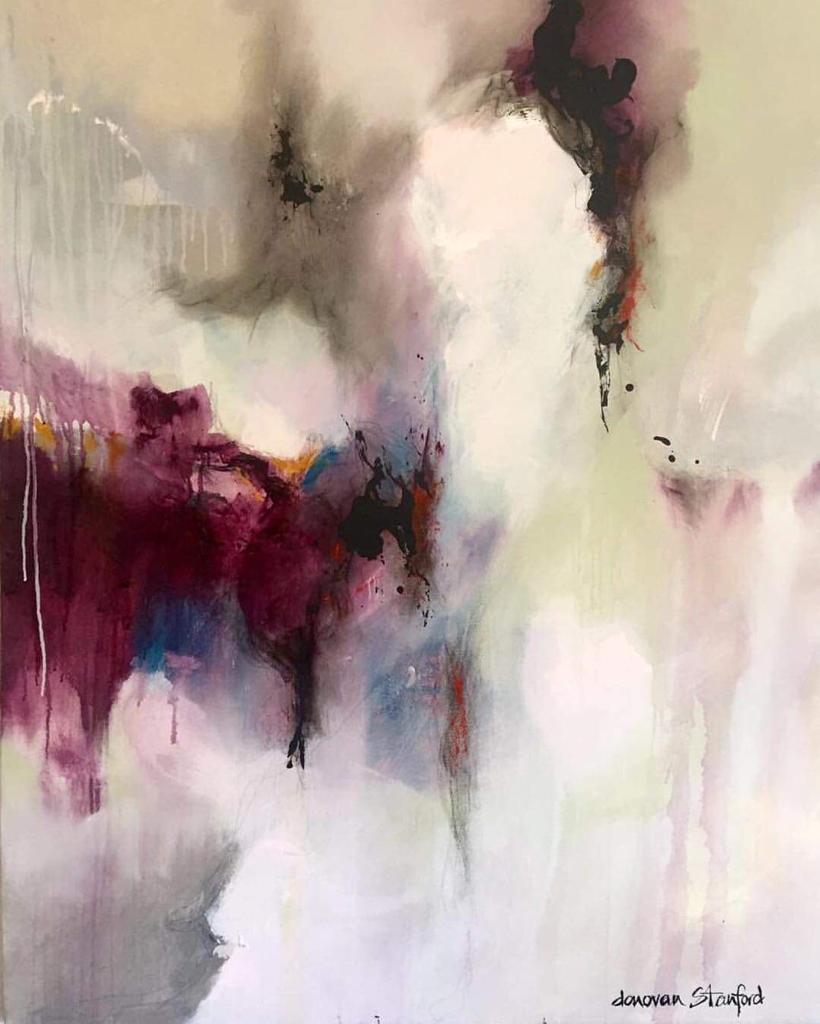