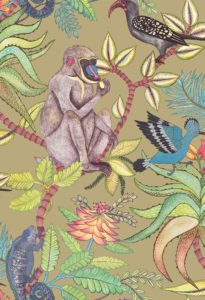 Suavity from the NEW Cole and Son Ardmore Collection

I work in a world where there is much to capture the imagination and much more to feed it. However, you cannot imagine my joy when I came across one of my supplier, Cole and Son’s latest collection, Ardmore Farm.

Ardmore Farm is one of South Africa, Kwa Zulu Natal’s loveliest success stories. I have long been an ardent admirer of their work on many levels. For decades now, this community has produced show-stopping ceramic artworks for a global audience, providing much needed income for the local population.  Colourful, vibrant and quirky, Ardmore ceramics celebrate Africa’s birds, big cats, elephants, rhinos, crocodiles, mischievous monkeys and exotic flowers; as well as the beautiful patterns of Zulu bead work and woven basket ware.

I salute Cole and Son for taking this bold step to launch this iconic range of wallpapers. It is characterful, joyful, imaginative, exotic, tasteful and a little bit out there. It is for the bold and daring. It’s for those who celebrate life every day and I wish Cole and Son many years of success with it.

This is what Ardmore founder, Fée Halsted, had to say about the collection: ‘For 31 years the Ardmore artists and I have toiled away in KwaZulu-Natal creating fanciful ceramics that have provided an income to feed many a family. The fact that Cole & Son discovered and chose our South African designs and artistry to place on their new collection is an honour and we pride ourselves on being the first African designers to have achieved such a prestigious accolade! Working with Cole & Son’s Creative Director Shauna Dennison, has been such fun and for me that is what it is all about.’

Acclaimed as “modern day collectibles” by the auction house, Christie’s, the work of Ardmore’s artists has won them numerous awards.

Their work features in leading galleries and collections in South Africa and abroad, including the Museum of Art & Design in New York, the Museum of Cultures in Basel, Switzerland, the Ford Foundation, New York and the Wiener Museum of Decorative Arts, Florida. 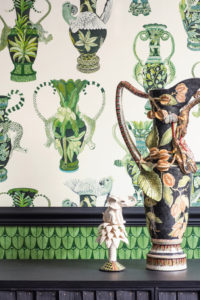 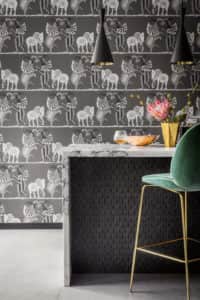 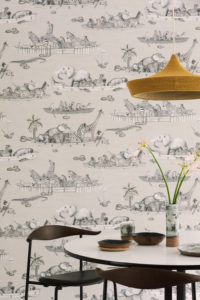 COLLECTING AND CURATING ART FOR THE HOME AND INTERIORS